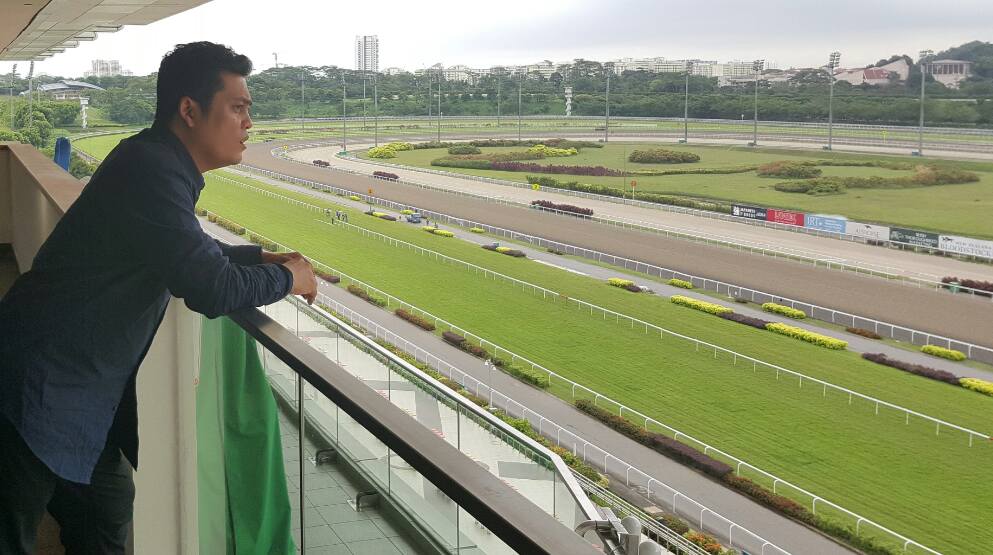 Surf on to know more about Sirfan: His life, dreams, aspirations and pursuits in performing.

Get Ready to Embark on an Incredible Journey

"Life is like living in theatre: Everyone has a role to play; one way or the other".

Anyone can dream and have a dream but it is up to them whether they want to "live in a dream" or "live by fulfilling their dreams".

Get ready to embark in a journey beyond dreams...

Listing site updates
Sirfan has been busy with his company, Funplay Workshop, managing and directing shows and programmes for the company. He is however available for acting roles and for events that you may have lined up. So do not hesitate to contact him.

We will try to give monthly, if not weekly updates and developments of Sirfan - Past, Latest, Upcoming news and events. All can be found HERE!
It has been a long while. P.S.
If you have any events upcoming or even want Sirfan to be involved or be part of, you can also post them there.

You can also make your bookings for assembly performances from Funplay Workshop here.


Here are the list of new and updated events happening throughout the journey:

MAIN EVENTs of 2013:
June 2013
Sirfan will be in his first Movie production (HK Movie - A Fantastic Ghost Wedding).

MAIN EVENTs of 2012:
June 2012
Sirfan will be part of an international cast performing at the new first Legoland in Malaysia, and Asia, being the first Asian performer to perform amongst international cast and team namely from France and Kenya. 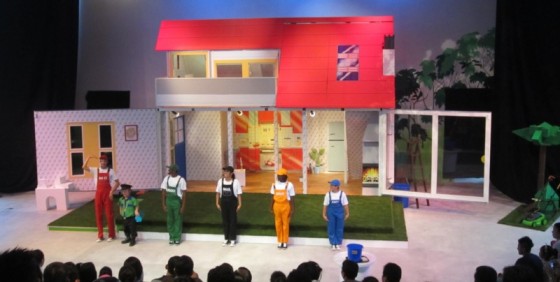 REVIEW:
A part of what has made the show such a success is the actors’ knack for putting on a fabulous performance. Showtime Entertainment Productions gathered some of their best talent for The Loudest Shout, from acrobats that flip effortlessly across the stage to popular comedians that act out funny scenes during the show. The versatile cast of characters makes the show one of the most popular attractions with LEGOLAND visitors of all ages. The actors strive to create a unique experience for the audience during each show, keeping people entertained and enticing them to come back for a repeat performance. No two productions of The Loudest Shout are exactly alike, as the cast approaches the general outline through the lens of improvisation.

MAIN EVENTs of 2011:
December 2011
Sirfan will be performing in Kuala Lumpur for the first time in a pantomime musical, "Si Putih and the 7 Makciks",

June 2011
Sirfan will be performing in conjunction of the Singapore Arts Festival, "Conference of the Birds". Watch out for him. June 3 & 4 at 8.30pm.

MAIN EVENTs of 2009:
April - May 2009
Sirfan is involved in Industrial Theatre by Orangedot Production. The production was fantastic with great actors, directors and team. Thank you guys for everything. :)

January - May 2009
Rehearsals for school shows for Funplay Workshop are on the way. School shows expected to run from February onwards.

January - April 2009
After rehearsals, Sirfan is finally up and running to tour schools for Paper Monkeys Theatre Ltd.

January - March 2009
Sirfan is rehearsing for a re-run of ACT3 Theatrics production, "Badang and Swordfish" to be staged in March 2009.

MAIN EVENTs of 2008:
October - November 2008
After numerous rehearsals, Sirfan is finally seen on stage at the Drama Centre in I-Theatre's Musical Production - "The Wizard of Oz". A great production with fantastic casts and crew. A great experience indeed. :)

July 2008
Sirfan performed in another musical, "Thief of Time" produced and directed by The Voice at The Republic Cultural Centre, Republic Polytechnic.
Date: 19 July 2008.
Time: 3pm & 7.30pm.
Get your tickets now! :).

April 2008
Catch Sirfan as he will be doing a re-run of The Golden Years this April. Visit THE VOICE for more details and purchase your tickets before it's sold out :).

29 February 2008
Finally... Sirfan's first company is now officially registered! Funplay Workshop (Reg: 53110840J) is now officially LIVE. Funplay Workshop hopes to bring fun and of course, play in theatre to schools through performances and workshops. Its mission is to nurture our young through fun and creative ways and has a vision in providing appreciation and participation in the Performing Arts to the young. It is a place where everything is FUN and work is always PLAY!

MAIN EVENTs of 2007:
2007
Sirfan is back doing school performances with a great team and fantastic directors.

MAIN EVENTs of 2006:
September 30 & October 1, 2006
Sirfan finally performed at the Esplanade for the first time! He performed with Act 3 Theatrics in " O Rats, The Pied Piper!" It was a fantastic production! :)

4 February 2006
Sirfan & Marcus performed at a Silver Ribbon event at HDB HUB with our President as the Guest of Honour. We are greatly honoured to perform for our President. :)

3rd January 2005
A New Life brought into this world. She will be the next new look of the future. The new Diva!!! Adiva Elena Shakira!!!

MAIN EVENTs of 2004 :
25 December 2004
For the second time, Sirfan assisted another friend in planning for their wedding. Lots of activities and music entertainment were planned. Sirfan hosted the wedding and duet with a singer from Indonesia. Sirfan even sang the March-in song alongside the bride and groom. It was a success! :)

October 2003
One of Sirfan's dreams have been realised. To be a Songwriter. He is part of "SNOOTS MUSIC" family as their freelance songwriter. He is greatly honored to be with them. Thanks Ali! Now for the ultimate goal... to win an award for best song. :)

Sirfan is presently a freelance in-house Songwriter for Snoots Music . Watch out for his music! Discover the beauty of Stage, Music and the people behind it.

There are also several people responsible for me being here through their continuous encouragement and support...
My friends, My loved ones, My beloved cat... Thank you all...

You can also give your views and opinions in the GuestBook or you can Email me... or even pass on this website to your friends.

Your Views are important to me as I can further improve & update this site to give you the best.

Also given is the website of my previous group, H.R.S and Loco. In fact, with these groups, it inspired me to continue with the music as Loco... alone. I hope you will enjoy what is in store for you.

Are you looking for something? Try the "Search Engine" Page and they will find what you are looking for.

Copyright ©Sirfan2003: All Rights Reserved. Webcontent&copy2003Sirfan. no part of his website should be copied, reproduced or redistributed without prior written consent from the respective. legal action will be enforced if rights are violated.